I made a quick trip to the range this afternoon to try a new carry load. I started off carrying the venerable Remington 158gr .38 Special +p LSWCHP. It leaded the barrel pretty bad, and I wanted to take advantage of that “.357 Magnum” stamped on the barrel. Started off with Hornady 135gr Critical Duty in .357 Magnum. I wasn’t 100% pleased with how well I could shoot that round, even though it was downloaded by .357 standards. Then I started noting function issues and that sealed its fate. Switched back to .38 Special for a while, but kept looking for that mild .357 load that would be the perfect fit. My buddy over at revolverguy.com swears by the Speer 135gr Short Barrel Gold Dot in .357 Magnum. He is running a J-frame, so a load tailored to a short barrel makes perfect sense for him. At first dismissed it, concerned how a short barrelled load would perform out of a 4″ gun. Lucky Gunner’s epic ammo test put those fears to rest, so when Academy Sports ran a free shipping sale, I picked up a couple boxes.

Today was range day. I started the day off with a cold FAST, meaning I have not shot a gun in the past 2 weeks, and I had not fired a simgle round of the Gold Dots. Maybe not the best way to turn in a good FAST time, but probably a good way to evaluate how well I can shoot my K-frame with this ammo.

All of my mistakes in that run could not be attributed to the ammo, but rather to me not staying up on my dry fire. The first two shots were slow, and the reload was fumbled a little. The splits on the 4 rounds to the 8″ circle were actually not horrible. 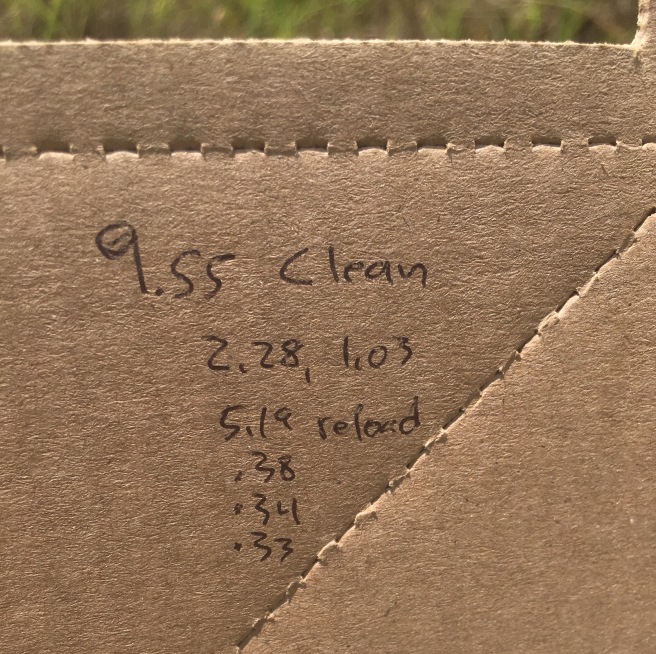 I followed the FAST with a Bill Drill. My splits were a little better, but I think I can speed them up more. I got a little lazy on gripping the gun hard shooting .38 Special, going back to .357 means it is time to step that game back up.

The final piece of the puzzle, accuracy. I am not looking for the intrisic a curacy of the round, but rather ability to shoot it. With that goal in mind, I test accuracy from 25 yards, standing, unsupported. My preference is to have the round basically hit to the top of the front sight at this distance.

To recap, the recoil impulse is nice, and not what I would call snappy, even though it is a .357 load. It is accurate and spot on the sights at 25yd. It also checks all the boxes for a high quality duty round like sealed primers, superb terminal ballistics,  and expensive. That is the one downside, I have not found this round in the cheaper 50 round boxes of Speer that online retailers usually have. Everything else though, spectacular. I should have tried this load from the get go.

One thought on “Trying New Things”