This post could also be “The Dark Tides of Night and Pistol Sights Part 2”. Recently I watched a YouTube video from an instructor I have a great deal of respect for and he was talking about sights. His preference was a black rear sight and a fiber optic front. That is a pretty common sight set up for performance driven shooters. I have to say, it is a pretty solid set up for most things shooting related. 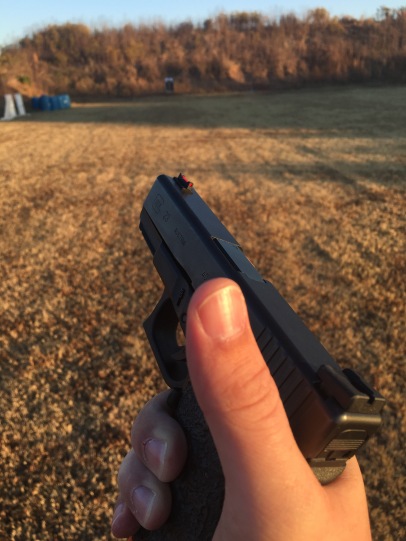 I like the setup, but think it has a shortfall. When people talk about tritium sights, they will make the argument that if it is dark enough to use tritium, it is dark enough the require the use of either a handheld or WML, which negates the need for tritium sights. While not a false statement, at least not totally, it over simplifies the problem. You will also have people say tritium sights are only useful in the early light of dawn, or the waning light of sunset, when there is enough light for positive target ID, but not enough light for gaining a quick sight picture. Also mostly true. For the people that say that, I would ask them how much time they have spent in an urban setting at night, because the lighting conditions pretty well replicate those of early dawn or evening sunset. To help illustrate this point, I took some pictures. 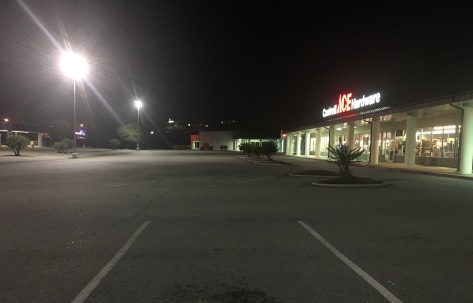 As you can tell in the pictures, there are gradients of light in an urban setting. Sometimes you have enough light to see the sights without any assistance, sometimes you don’t, and a lot of times having little glowing dots on your sights will help a lot in getting a quick sight picture. That perfect time at dawn and dusk where tritium night sights are most useful gets replicated pretty well at night when there is a lot of ambient light around. Are they absolutely necessary, no, but picking up non-illuminated sights in these types of conditions is significantly harder that picking up illuminated sights.

4 thoughts on “Shades of Gray…”